It is not always possible to pay respects in person, so we hope that this small token will help.

Want to transfer your pre-arrangements to MacKinnon Family Funeral Home? You can!

A gift to your family, sparing them hard decisions at an emotional time.

Offer a gift of comfort and beauty to a family suffering from loss.

Our Heritage and the History of the

In approximately 1860, Mr. John Speight opened the first undertaking business in Acton, J.A. Speight & Company, on Willow Street (in the store which later became Hotchen’s Bakery and is currently an empty lot).  He ran a furniture store and undertaking business from this location.  At this time visitation and funerals were usually conducted from the home of the deceased.  In January of 1881, John Speight’s eldest son, Joseph became a partner in the firm and then when John died July 7, 1881, he became the owner.

Mr. Rumley sold the furniture store in 1948 to Elma Braida and Ray West.   It was not until the early 1940’s that people started having visitation and funerals from the funeral parlor.  In the late 1930’s and early 1940’s the Rumley’s lived in half of the first floor of the funeral home and operated the business out of the room which is now called “Shoemaker Chapel”.  As more people came to the parlors to hold a visitation and to bury their family members, the Rumley family moved their residence to the second and third floors of the funeral home. 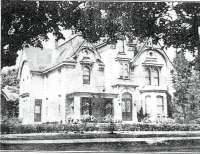 55 Mill Street East as it was when Mr. Rumley turned it into a funeral home

Mr. Storey died in 1898.  After the first world war the building was used to house soldiers and then sat derelict for a number of years until Vic Rumley purchased it in 1937 and moved the funeral home to this location.  It is a beautiful building both inside and out.  Margaret and Bob love the grand old house and whenever they do any renovations or decorating they try to adhere to the style of the Victorian period when it was built.  In 1954 the business at the Glove Factory was dissolved and the building was demolished. 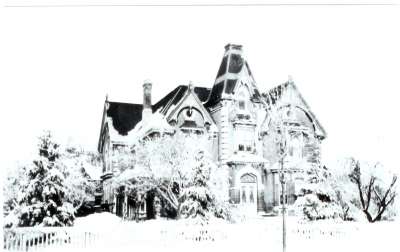